Drawing on His Deployment to Inform Design 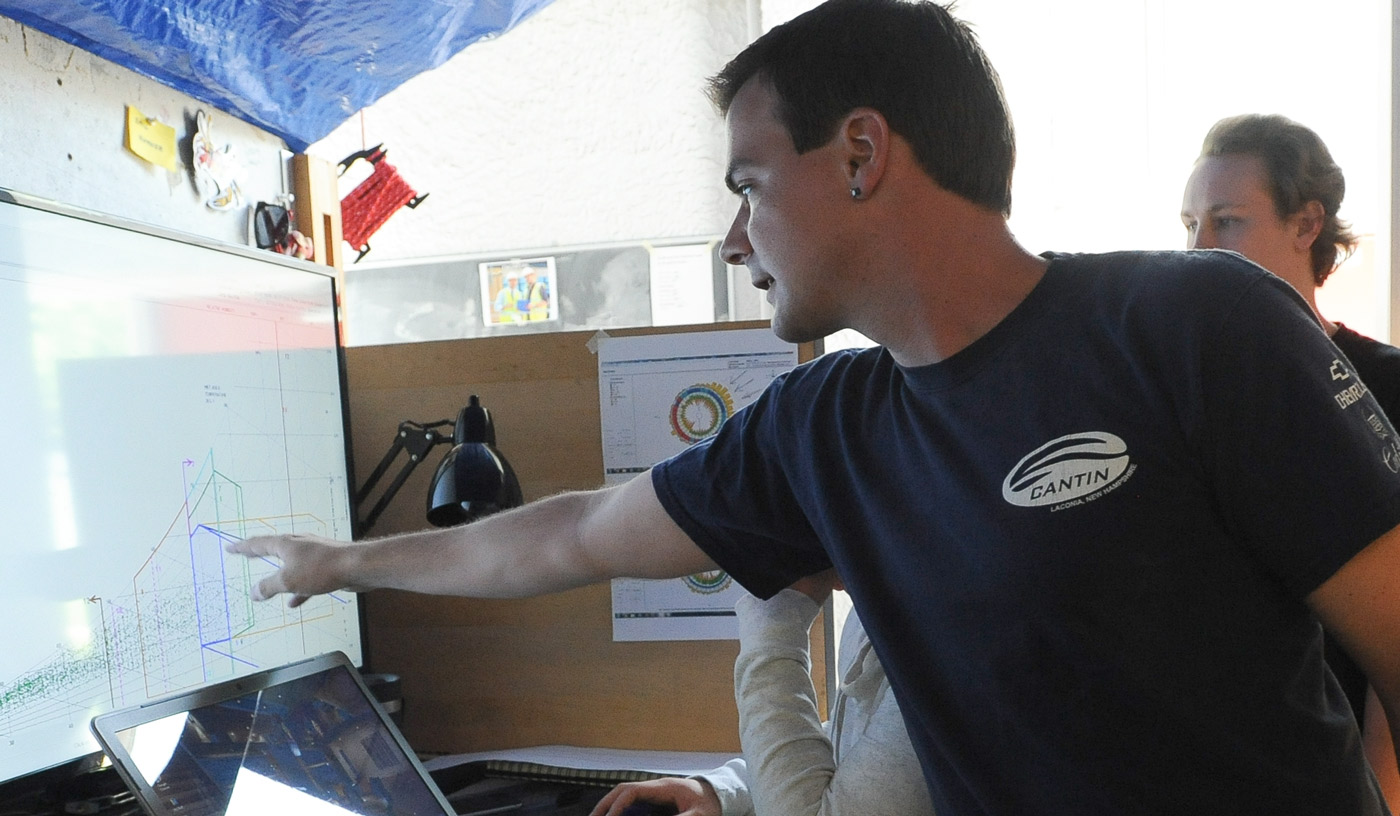 Toward the end of the spring semester, students in the sustainable urban housing studio class are preparing their final projects for review by a panel of professional architects and faculty.

Working in teams of three, the third-year students were tasked with designing a multistory building that would become home to refugees in the city of Erbil in the Kurdistan region of Iraq.

"In Iraq I saw that the world is broken. As an architect, I can do my part to fix it — one building at a time."

Students have taken time to conduct site analysis and understand the culture and region, drawing on all that they’ve learned throughout the semester in the course taught by Patricia Andrasik, assistant professor in the School of Architecture and Planning. They found inspiration in reading Pope Francis’s encyclical letter Laudato Si’, On Care for Our Common Home. Their buildings were designed not just to be environmentally sustainable, but  also to sustain souls.

Junior James Freeze is presenting his group’s design, a project titled Cradle. “We wanted to create a place where residents felt protected, nurtured, where they were held gently — also a place where they could flourish.”

Freeze and fellow juniors Ingrid Argueta and Austin Neal utilized a computer program called Climate Consultant to incorporate accurate information regarding temperature, location of the sun, and direction of winds. Using summer wind for ventilation posed a challenge. “The summer winds are not cooling at all. It’s like a blow dryer in your face,” says Freeze.

He would know. He spent four years in the U.S. Army, including a 15-month deployment to Iraq. “Our mission was to enhance local life,” explains Freeze. “As an experiment, we set up elongated shelters made up of separate cubicles. We left for a week and when we came back they were filled with local businesses. I remember being really choked up when I saw that. We incorporated that idea into our design.”

Freeze says he has always wanted to be an architect. “I’m a 30-year-old college junior. Sure I’m behind in establishing a career. But I had a good excuse. I served my country.”

Freeze is not Catholic, but says the University’s social justice mission is just what he was looking for in a college education. “In Iraq I saw that the world is broken. As an architect, I can do my part to fix it — one building at a time.”