Composer from St. Croix to Premiere Piece at Christmas Concert 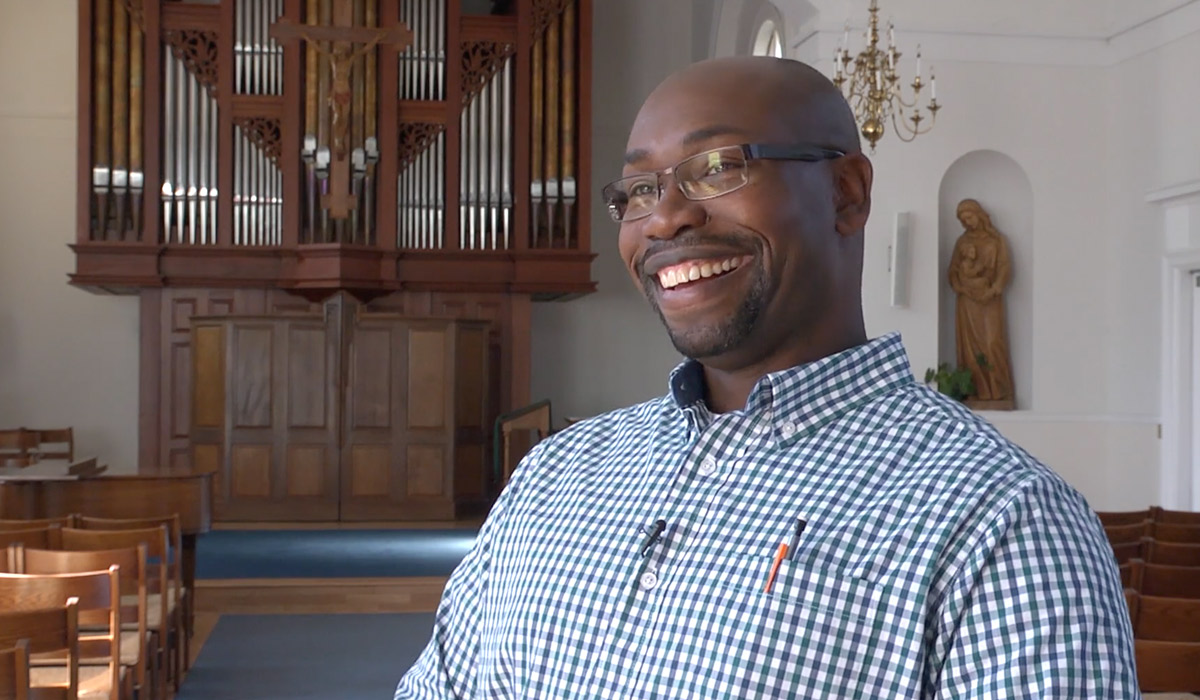 When Valencio Jackson, doctoral candidate in composition, was finally able to travel home in October, he witnessed the “extensive damage” of Hurricane Maria.

The St. Croix native made it to his parents’ house with his brother two weeks after the hurricane. Their flight there was canceled three times. They saw trees stripped of all their leaves and branches. Roofing material was spread across the landscape, and power lines and transformers were down in the roads. They don’t expect to have full power on the island until early next year.

Houses — including their parents’, which is situated at the top of a hill — were missing large portions of the roof. Some homes only had two or three walls standing. Unable to fix their roof themselves, Jackson’s parents moved a sump pump into the corner of their living room as it continued to rain in the aftermath of the hurricane. Once they arrived, Jackson and his brother scaled the walls of their house to help cover the open roof with a tarp.

“With the Lord’s help, we can weather any storm, every storm.”

On their visit, Jackson and his brother both took just one backpack of clothes for themselves. They each took carryons of perishable food, and suitcases full of other supplies. When they asked what to bring, a major need was light — candles, batteries, LED lights, flashlights. His parents also needed bug repellent and citronella due to the standing water. Jackson took textbooks in a variety of subjects for local students. He had experienced the effects of Hurricane Hugo in 1989, so even before he got there, he had an idea of what to expect.

Recently, Jackson had the opportunity to further help families like his own. At this year’s Annual Christmas Concert for Charity, he premiered an original composition. Proceeds raised at the concert were donated to Catholic Charities USA - Hurricane Relief. Jackson’s compositions include some influences from his native island. He typically composes classical chamber and choral music that is contemporary in style and harmonic language. Last spring, the Catholic University Wind Ensemble premiered a piece he wrote — “Quelbe” — based on the rhythmic and stylistic characteristics of Virgin Island Folk music.

His composition for the Christmas concert, “Hush,” is based on the text of Isaac Watts’s “Cradle Hymn.” It is inspired by the hopefulness and joy in a moment between mother and baby. In a way, he says, it also reflects the “hopefulness I see in the eyes of folks at home. With the Lord’s help, we can weather any storm, every storm.” says Jackson, reflecting on the devastation in his hometown of St. Croix.

Before coming to study at Catholic University, Valencio went to college at the University of Delaware and then moved to Baltimore for work and to earn his master’s degree.

On being chosen to premiere a piece at the Christmas Concert: I was extremely excited about the opportunity. The piece was not written or conceived of in any way prior to the invitation to be involved in this benefit concert. It is specifically for this event.

Learn more about the END_OF_DOCUMENT_TOKEN_TO_BE_REPLACED

On being chosen to premiere a piece at the Christmas Concert: I was extremely excited about the opportunity. The piece was not written or conceived of in any way prior to the invitation to be involved in this benefit concert. It is specifically for this event.