Basilica of the National Shrine of the Immaculate Conception

Towering behind the outdoor papal altar that was specially designed by Catholic University architecture students was the largest Catholic church in North America and one of the 10 largest churches in the world. The cross atop the Great Dome of the Basilica rose 237 feet above the pontiff. The dome, made of blue and yellow polychrome tiles and 108 feet in diameter, provided a beautiful background image for attendees’ photos, as well as their memories.

When Pope Francis looked out at the congregation he had an impressive view of his own — the landscape and architecture of the largest and greenest college campus in Washington, D.C. Framing the Mall, he saw some of the University’s most historic buildings, such as the Collegiate Gothic-style Father O’Connell Hall (built in 1914) and Gibbons Hall (built in 1911) and the Romanesque-style McMahon Hall (built in 1892).

To anyone witnessing this historic moment there was no divide between the University and the Basilica. The historic outdoor papal Mass took place in one spectacular location.

The Basilica, once part of the University, is now a separate entity. But the two Catholic institutions share a close and seamless relationship. “The Basilica of the National Shrine of the Immaculate Conception is integral to our University community,” says President John Garvey.

”It not only adds to the beauty of our campus, but to our faith life as well. From regular Sunday worship in the lower Crypt Church to our University-wide Mass of the Holy Spirit in the Great Upper Church that marks the beginning of our academic year to our annual Commencement ceremonies, the Basilica is the setting for many of the University’s most important moments,” says Garvey.

With support from Pope Pius X in 1913, Bishop Thomas J. Shahan, the fourth rector of Catholic University, launched a fund-raising campaign that culminated in the laying of the cornerstone of a church dedicated to the Blessed Virgin Mary on Sept. 23, 1920 — exactly 95 years before Pope Francis became the first pontiff to celebrate Mass at the Basilica. The first Mass was held in the National Shrine on Easter Sunday 1924. The Crypt Church was completed in 1926. The Great Depression and World War II put construction of the Great Upper Church superstructure on hold. The National Shrine incorporated separately from the University in 1948. Construction resumed in 1955 and was completed in 1959.

“Since the inception of the Shrine, the University and the National Shrine have been intimately involved, especially regarding the spiritual life of the University,” says Monsignor Walter R. Rossi, Basilica rector. “To this day we continue to collaborate with annual events such as the Christmas Concert for Charity, student convocations, the Mass of the Holy Spirit, and Commencement exercises.”

“It would be hard to imagine the University without the Basilica,” adds Garvey. “We are fortunate to share such a strong relationship with ‘America’s Catholic Church’ and its staff.”

Basilica of the National Shrine of the Immaculate Conception 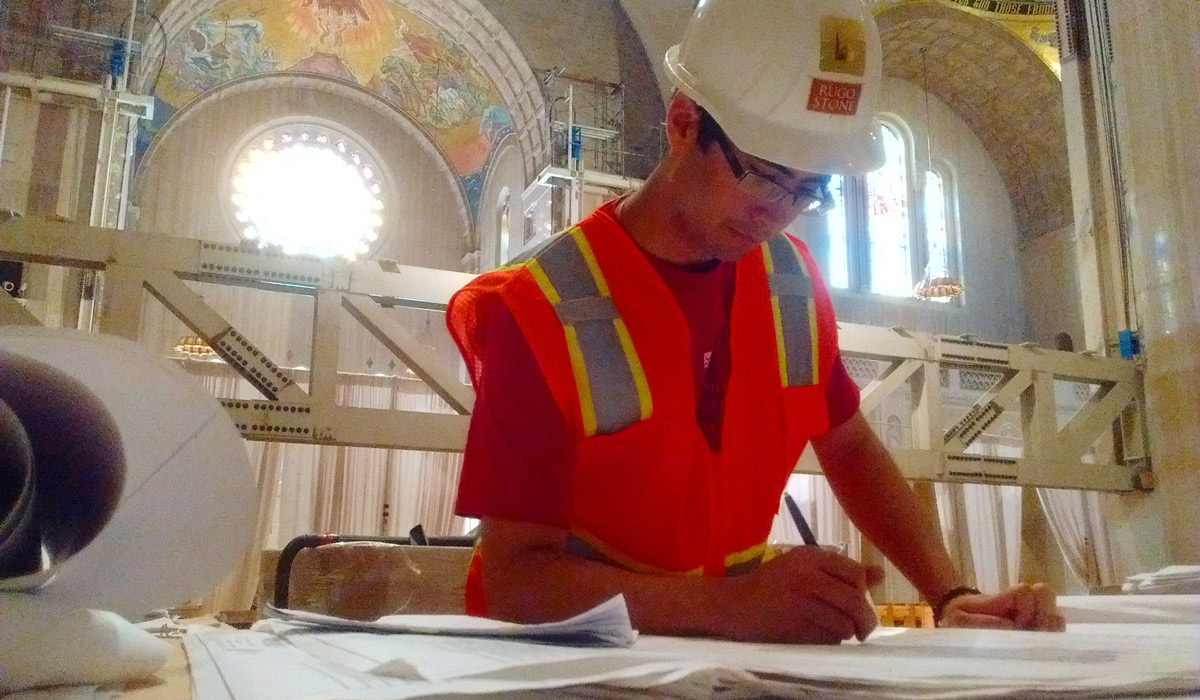