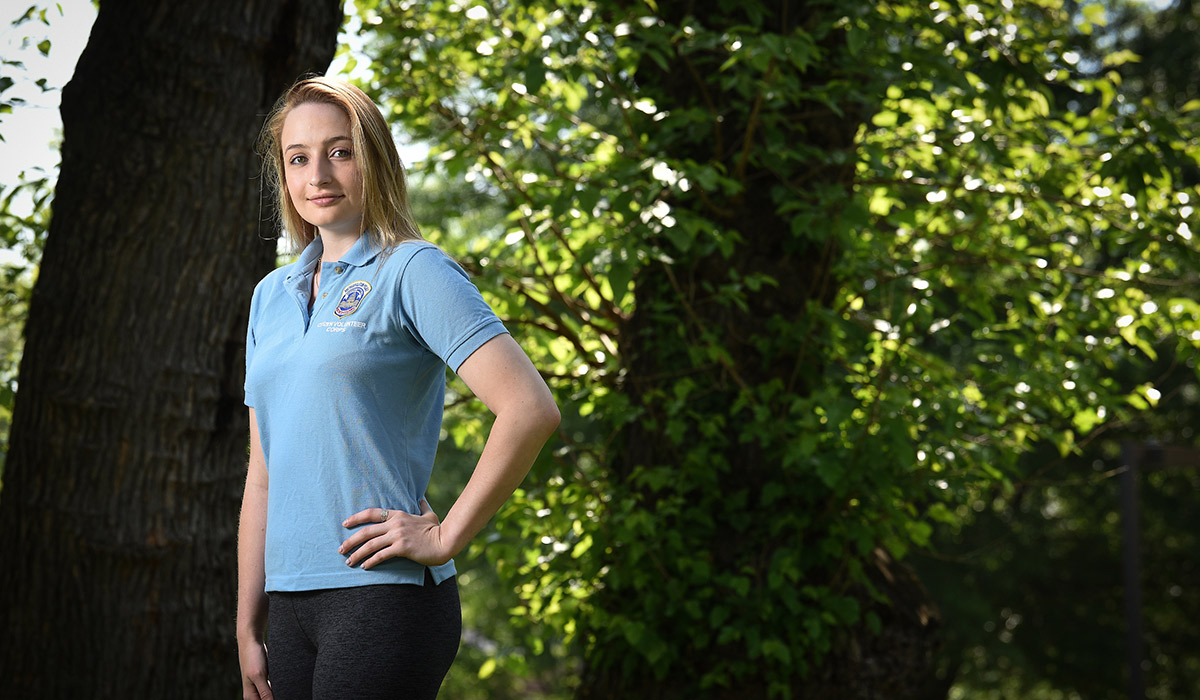 Alexandra Lewis (‘19) is determined to see a world with less crime and fewer victims. Lewis is majoring in Criminology, a brand new area of study under the Department of Sociology that focuses on the causes, implications, and preventive strategies of crime.

“I’ve been a victim of crime before, I know what it’s like to feel powerless in a situation,” she said. “I want to help people not to have to feel that way.”

In addition to her classes, Lewis volunteers with the Metropolitan Police Department’s 5th District as a domestic violence liaison with DC Safe. She tags along on officer shifts several times per month and serves as a resource to victims of domestic violence. She says doing this work has only increased her desire to become a police officer after graduation.

Less than 15 percent of the national police force are women; a statistic that Lewis wants to see change.

“Victims frequently ask to speak with a female police officer, especially in domestic violence cases where the victims are disproportionately women,” she said. “Our organizations need equal representation to be able to effectively reach out to a population that is half female.”

Lewis's preparation through the criminology program includes comprehensive exams, theory, and evidence-based research courses and training in Catholic Social Teaching and its impact on the study of crime.

After graduation, Lewis plans to enter the Metropolitan Police Academy. She hopes her criminology training will help her achieve her goal of becoming a detective and is considering joining the Horse Mounted Unit or the K-9 Unit.

“For a lot of people police work is about ‘catching bad guys’ and I can’t say there isn’t a part of me that is excited do that,” she said. “But I also just really want to make a difference, provide empathy for victims, and help people.”