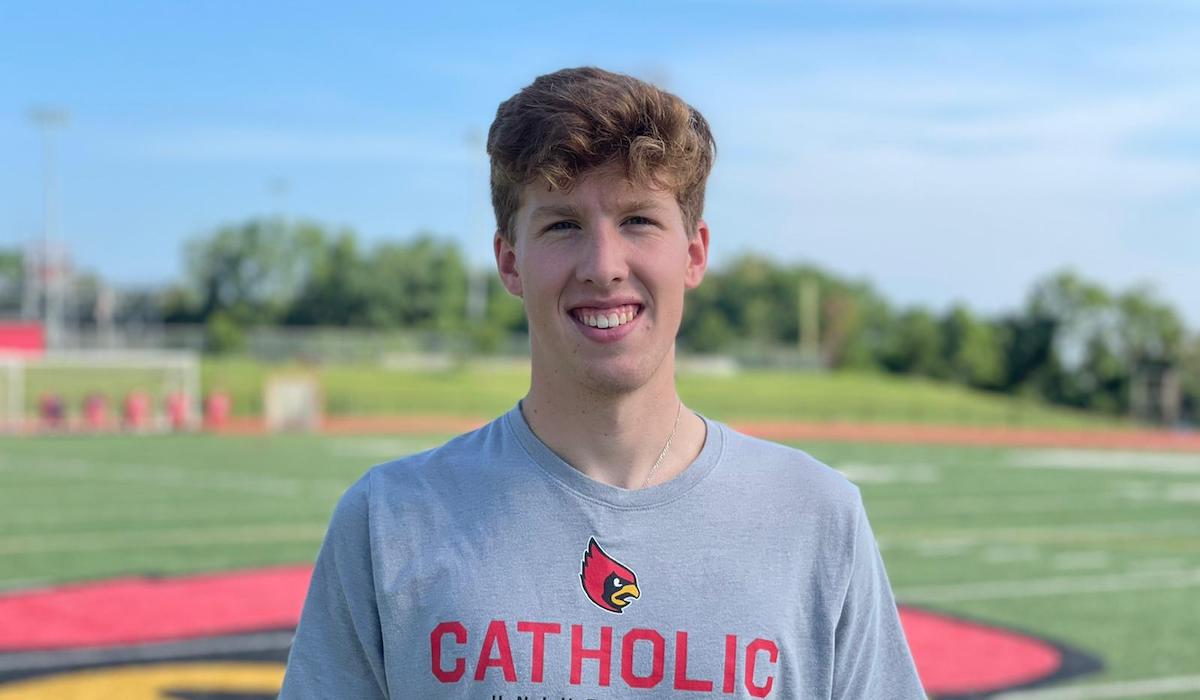 Competitive swimming was a big part of Nathan Ford’s high school years at Malden Catholic in Massachusetts. He spent his summers as a youth swim team coach. About three years ago, he had an idea. He wanted to combine his love of swimming with his interest in community service.

The result was the Swim-A-Thon Team, Corp., a registered 501(c)3 organization he created in 2019 to raise money for Boston Children’s Hospital. His fundraising events have brought together nearly 50 swimmers annually, who obtain pledges based on number of laps, along with raffles and sponsorships from local businesses. To date, the nonprofit has raised $15,000 for the hospital.

When considering colleges, swimming was top of the list for Ford, as was a strong biomedical engineering program and a Catholic mission. Those factors led him to apply, early action, to Catholic University, sight unseen. His acceptance brought him to Cardinal Preview Day last February, which sealed the deal.

“I instantly fell in love with the campus,” says Ford. But perhaps most important were the interactions with members of the Catholic University community. “I met the swim coach and several of the older swimmers. I could tell right away the team was a welcoming community and one where I could excel without sacrificing my academics. The coach even told me, ‘If you’ve got a lab at the same time as a practice, we’ll figure it out.’ That made an impression.”

He also met with engineering professors and students. “That was another welcoming community. “I had an internship this summer studying leukemia growth at a lab at Massachusetts General Hospital. I want to continue those kinds of opportunities and the professors emphasized to me that I could do that. I talked with Dr. [Christopher] Raub, who is studying the mechanisms of tissue injury. I would love to work in his lab.”

In addition to swimming, Ford plans to get involved with Campus Ministry, most notably the Best Buddies program. And he’s particularly excited about the location of his residence hall. As a student in the University Honors program, he is living in an honors community in Unanue House. “It’s the closest to the new dining commons [Garvey Hall], which is pretty convenient,” he says.

Check out more student stories from "The College Tour" and watch the full episode!

Nathan used the pandemic lockdown to learn new skills, including woodworking, running, surfing, and guitar. The guitar came along with him to D.C. 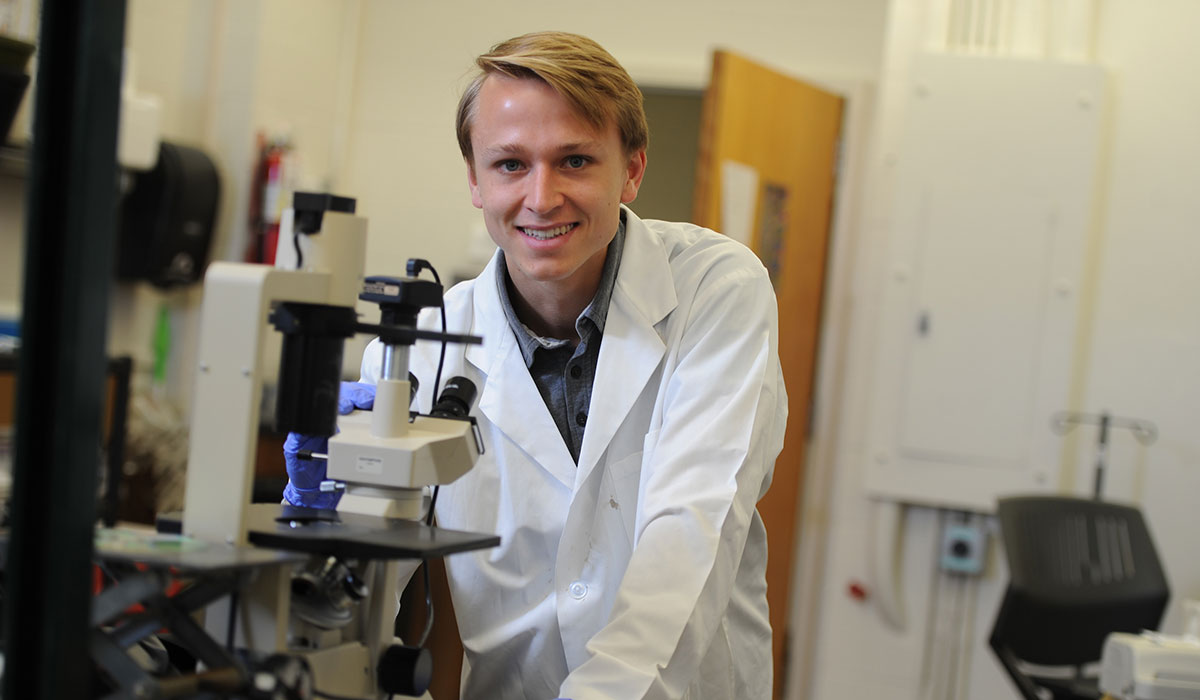 Nathan used the pandemic lockdown to learn new skills, including woodworking, running, surfing, and guitar. The guitar came along with him to D.C.