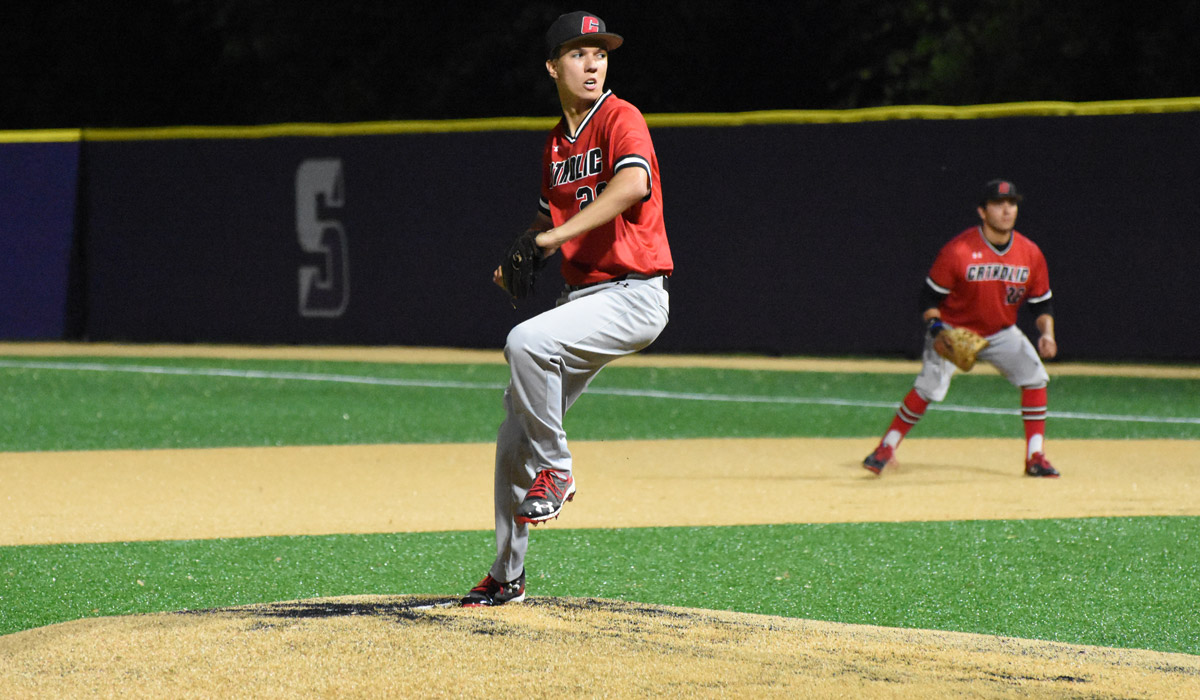 Eric Moore, a senior economics major who plays baseball for Catholic University, has been asked to play for France in the 2019 European Championship September 7-15 in Germany. The tournament is a qualifier for the 2020 Summer Olympics as well as the 2021 World Baseball Classic.

Moore's mother is of French descent, which makes him eligible to play for France. He researched France Federation of Baseball and Softball and DMed the organization on Twitter. Through that message he was referred to a coach, to whom he sent stats and video of himself playing.

Moore is a right-hander from Texas, who was a standout player at St. Thomas Catholic High School in Houston. In his 2018 season at Catholic University, he appeared in 18 games, had 19 strikeouts, and gave up only five earned runs. He finished the season with a 1.85 ERA.

END_OF_DOCUMENT_TOKEN_TO_BE_REPLACED 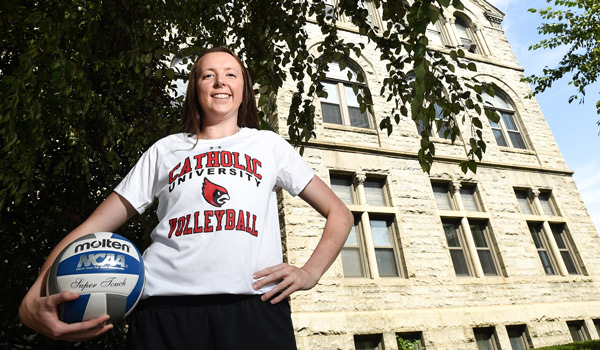 Leading by Example in Academics, Athletics, and Service

Graduate Student Makes the Most of the “4+1” Program

Leading by Example in Academics, Athletics, and Service

Graduate Student Makes the Most of the “4+1” Program