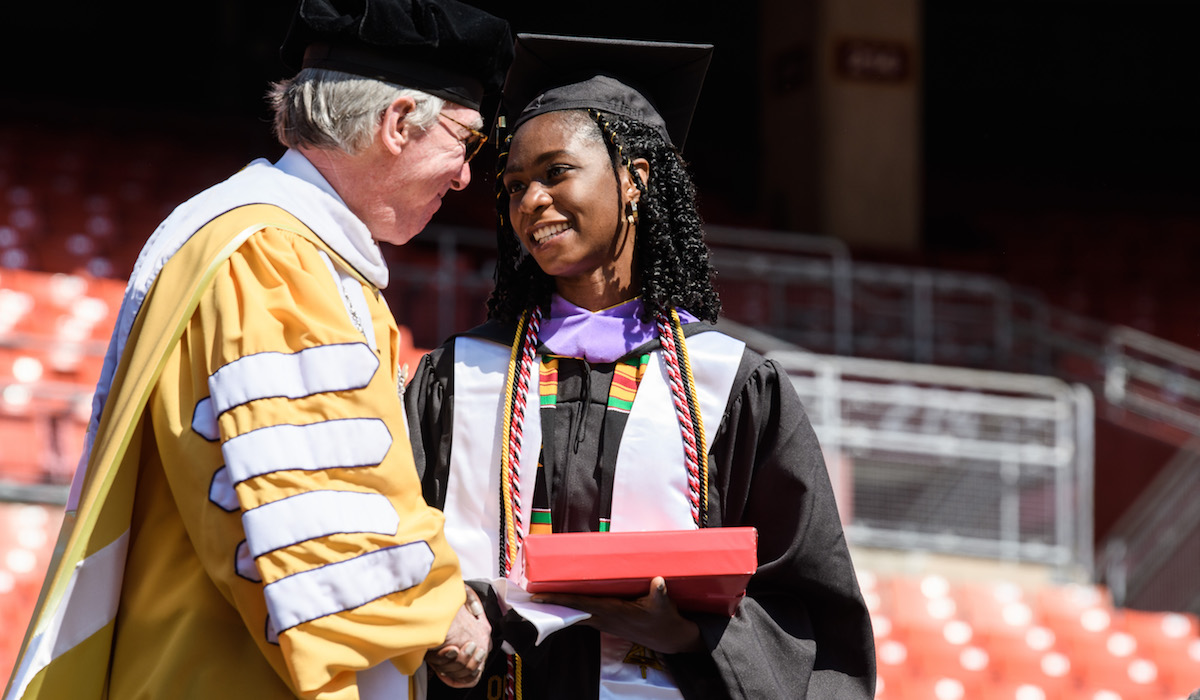 In March 2021, architecture student Schola Eburuoh was working with her studio teammates on their senior project, designing a healthy aging center for seniors in Columbia Heights. Her phone rang. But not knowing the number, she let it go to voicemail. When she checked it, she heard “Harvard University,” and excused herself to call back.

The first words from an associate dean at the Harvard Graduate School of Design were “Congratulations on your acceptance.”

“It was one of the moments you never want to forget,” she says.

Just two months later, another of those never-forget moments came on May 15 when Eburuoh received the President’s Award at the University’s 2021 Commencement held at FedExField in Maryland. The award is given to a “student leader who is an outstanding scholar, had a positive impact on the community, and exemplifies the highest ideals of Christianity.”

During her four years on campus, Eburuoh served as a resident assistant, president of the National Organization of Minority Architecture Students, and was a member of the President’s Society, Habitat for Humanity, and Pro-Life Hospitality. She holds the University record in triple jump, even though she was on the track and field team just one season. She earned her bachelor of science in architecture with minors in sustainability and economics, all with a 3.93 GPA.

“I loved the architecture program at Catholic,” she says. “It offered so many opportunities and perspectives from classical to modern to faith-based, with a strong emphasis on sustainability. I had so many faculty members who encouraged, challenged, and mentored me.”

Her peers looked up to her as a student leader. “Leadership is an act of self-giving and of service in any form and can be given by anyone,” says Eburouh.

Receiving the President’s Award in an NFL stadium was overwhelming, she says. “I looked out at the field and saw my entire class. I could see my friends in every corner — smiling, crying, standing. I was really thankful for this class, for these friends who supported me, who are committed to service and faith. I also took a moment to savor how lucky we were just to have a graduation after a long year of being college students during a pandemic.” 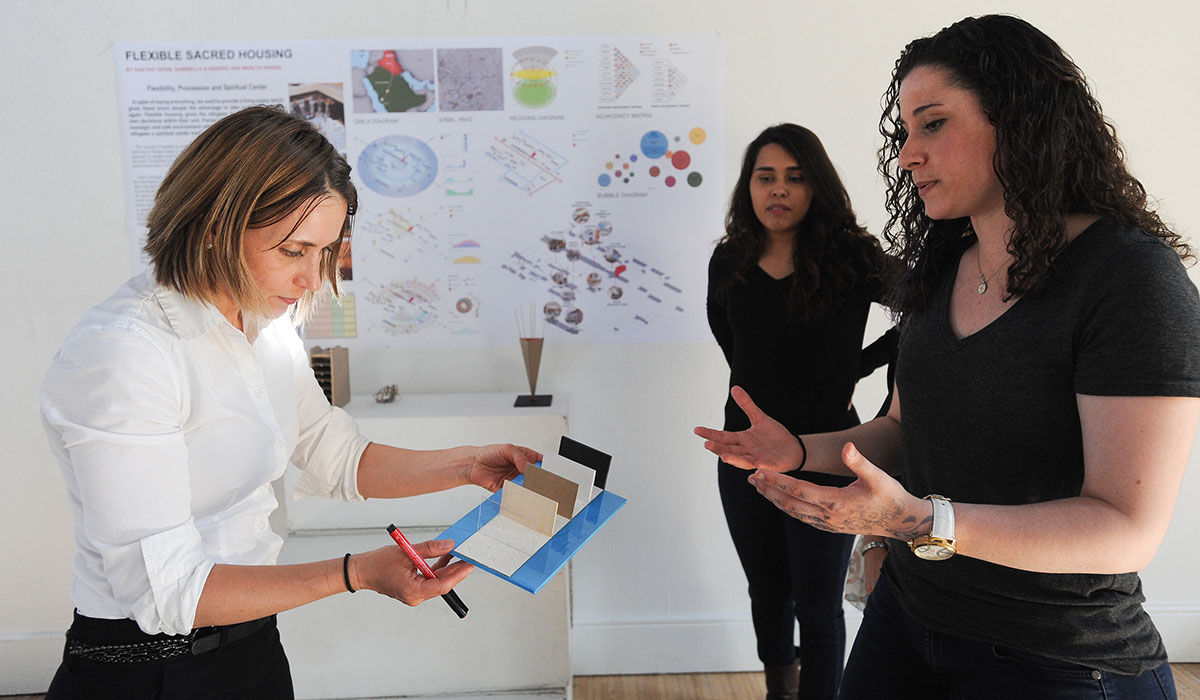 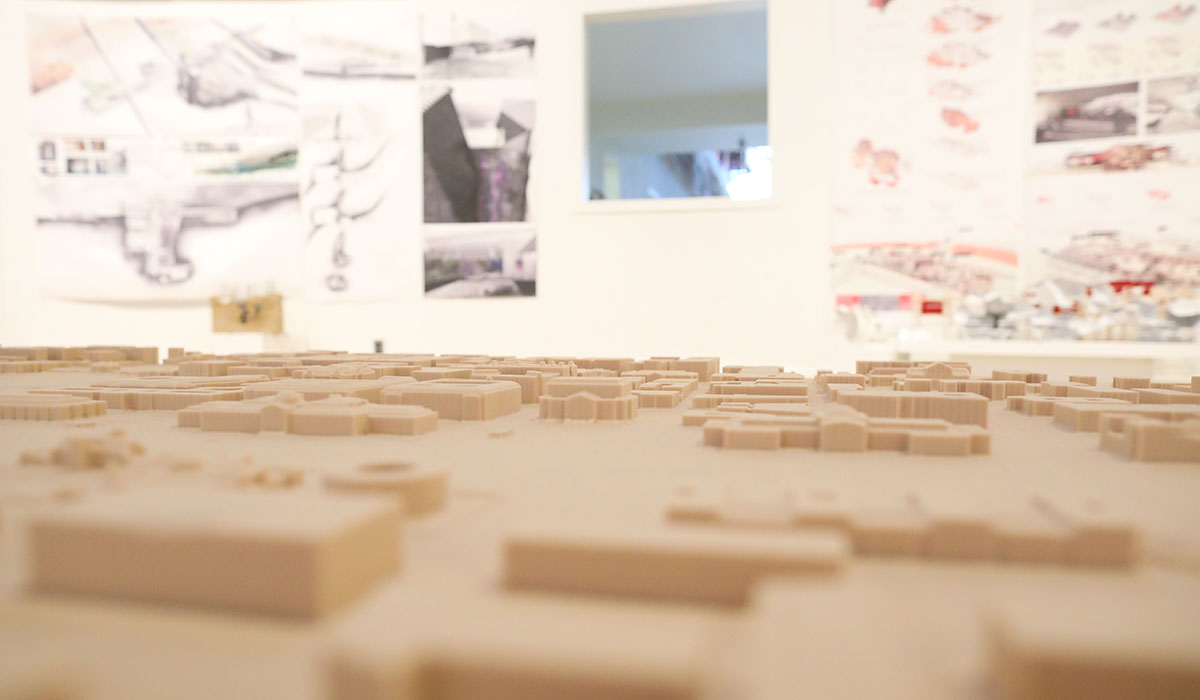 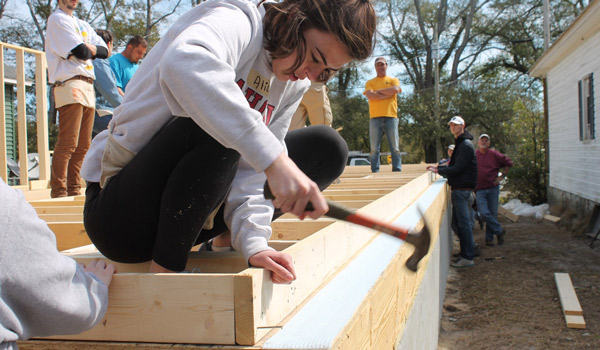 Habitat for Humanity is a national non-profit that advocates for and builds affordable housing. The CatholicU chapter participates in local day builds, spring break trips, and an international trip each summer.

END_OF_DOCUMENT_TOKEN_TO_BE_REPLACED

Habitat for Humanity is a national non-profit that advocates for and builds affordable housing. The CatholicU chapter participates in local day builds, spring break trips, and an international trip each summer.