Chief of Staff/Counselor to the President 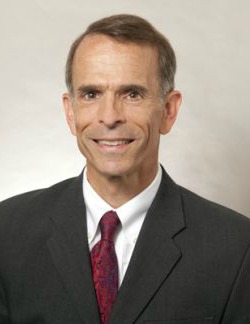 Larry Morris came to the University as its general counsel in 2011 and served in that position until he became chief of staff/counselor to the President in 2018.  He joined the University after nearly 30 years in the U.S. Army.  His military assignments included years of trying courts-martial in the U.S. and overseas, a tour as the chair of the criminal law department at the Army's law school,  and service as the chief lawyer at the 10th Mountain Division in Bosnia-Herzegovina and its base at Fort Drum, N.Y.  He worked on war crimes issues after 9/11, then served as general counsel at the United States Military Academy at West Point, N.Y., then as the chief public defender of the Army, supervising Army defense lawyers worldwide.  He then served as the founding executive director of the Law and Order Task Force in Iraq, where he was awarded a Bronze Star.  He concluded his career as the chief prosecutor for the war crimes trials at Guantanamo Bay, Cuba.

Morris is a journalism/political science graduate of Marquette University, formerly a reporter for The Milwaukee Journal, and a graduate of Marquette Law School.  He also earned a LL.M. from the Judge Advocate General's School and a M.S. in grand strategy from the Eisenhower School for National Security in Washington, D.C.  He is the author of Military Justice, A Guide to the Issues.

Morris and his wife, Carole, have six children and one grandchild and live in Virginia.